What is a Brand style guide?

A Brand style guide or Brand Guidelines as it’s sometimes known in corporate environments, is essentially a reference document that allows people within an organisation to ensure that any new work is in keeping with the branding personality rules that have previously been established by a design team.

Externally, this also ensures that any future designers that you might work with, can be confident that the creative work they produce, aligns with your existing key messages and fits properly within the overall “narrative” of your business. To use an analogy, J.K. Rowling’s original Harry Potter series of books established a tone of voice, illustrative style and theme - that then directly influenced subsequent decisions on the movies set design, casting choices and merchandising.

Even in smaller businesses, it can be incredibly useful to have a visual informational tool to refer to before undertaking a new promotional campaign, creating materials for an exhibition stand or before commissioning a new website. 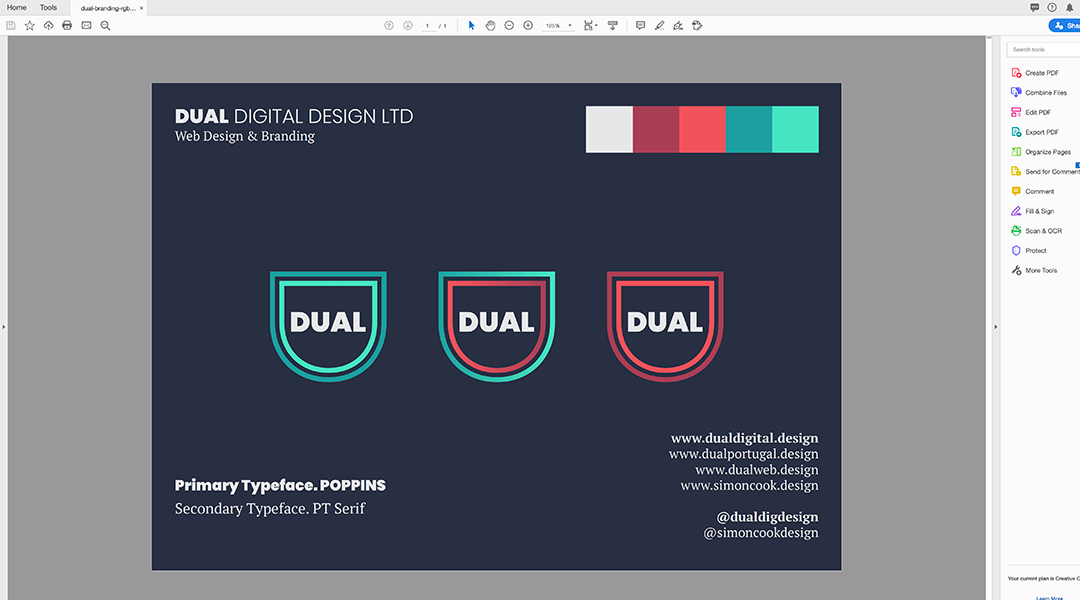 Depending on which employees will be working on brand related materials and their level of experience, many guides also feature an advisory section setting out do’s and don’ts, which demonstrate things not to do with the logo such as; stretching it, not providing enough whitespace around it, making the logo too small (or too big!) or even using the wrong logo on a multi-coloured or photographic background.

Obviously common-sense will help to dictate and avoid potential pitfalls, however even a micro-business should consider investing in getting this basic information properly documented by a professional. Having the reassurance provided by a guide that clearly reinforces the best usage principles and correct logo to utilise in which scenario is invaluable.

Following on from documenting the core assets, the next step is to move into real-world examples, and in particular guidance on key principles such as should the logo be positioned top left, top right or centred on the website or which brand colours are used in a gradient.

Typically, this inventory would include Keynote/PowerPoint decks, web advertising banners, Word templates and social media graphics, however there is no hard and fast rule, as not everything will be relevant and whilst some of these will already be in existence, others may need updating to match the new identity or even creating from scratch.

This stage could also cover purely digital related items such as CSS stylesheets, screenshots, design patterns for layouts (columns, grids etc...), icons and interactive modules depending on how in-depth one wishes to go. What we would suggest if looking to track web elements and site architecture, is to create an interactive prototype within Webflow (rather than something static as part of the document itself), so that contextual movement such as buttons, hovers, scrolling and forms can all be captured. The famous BBC GEL project is a perfect example of this.

With all the online assets sorted, offline is the next task, which of course covers a wide range of art direction for all items that are going to be printed. Once again, we would advise to first run through an inventory - particularly to ensure that there aren’t any rogue documents lurking that may still be going out to customers. This procedure also has the bonus of ascertaining quantities of remaining stock which can help determine the ongoing validity of some items or recognising the importance of others. Now in an ideal world, all these marketing materials would be updated simultaneously but from a time and cost perspective, this is rarely achievable.

Equally, as more and more items become digital, less are published. At the very least, we think it would be wise to document how business cards, letterheads, comp slips, posters, PDF covers and adverts are treated.

In many ways, a Brand style guide is a great forward thinking device when it comes to offline materials, as understandably many items will only be art-worked and produced in the future. However by considering an overall coherent look and feel in advance, provides a great head start and ensures a fully holistic approach to Brand Strategy.

Some large organisations own and curate an image bank that allows staff members to pick and choose photos that have already been authorised for use. We have worked on a project, where a unique photo shoot was commissioned specifically to create a fresh set of pictures of a new building to feature as a backdrop for a University department.

However, for many companies this isn’t either practical or economically possible, which means that stock photography from an outlet such as Getty images, iStock or Shutterstock is often the only viable source.

By building this into the Brand style guide, your designer can help you to source a collection of suitable images of a composition, format and theme which will offer significant guidance for any future searches. For example, the term “navigation” could be one of your key brand messages which you would like associated with your business - this would of course bring up thousands of options in a stock image library, many of which would be too clichéd or inappropriate.

With a judicious eye, these could be whittled down into a small sample of appropriate images to create a visual language that any newer photographs can be compared against to maintain brand integrity. The concept is not dissimilar to the way that chefs create images of their signature dishes, to allow their colleagues to achieve a level of consistency when they aren’t personally around to monitor the quality of output.

What is a CMS?

What are User Personas?

What is a wireframe?